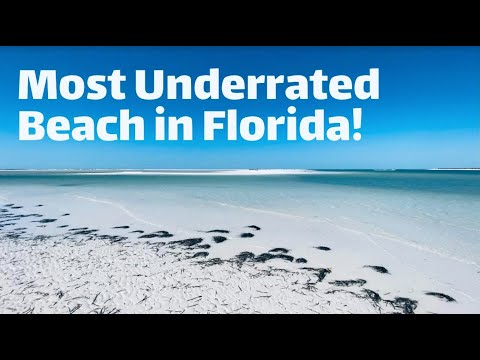 Whether you are sitting on the beach or kayaking near the still water's edge at Fort De Soto, you find yourself absorbed in the abundance of natural beauty for as far as the eye can see. The complexity of the ecology is not immediately apparent, but the park offers the greatest diversity of systems just about anywhere. Emerging from the wealth of bird life, sea life, wild life and plant life is the majestic tapestry called Fort De Soto.

The largest park within the Pinellas County Park System, Fort De Soto park consists of 1,136 acres made up of five interconnected islands (keys). These keys are home to beach plants, mangroves, wetlands, palm hammocks, hardwoods and scores of native plants. Each of these species plays a vital role in the preservation and protection of the natural environment.

Another amazing example of the importance of the park's natural ecosystems is the more than 328 species of birds Adobe Acrobat Reader file that have been documented over 60 years by ornithologists. New species are being added every year. The beach also provides refuge to the loggerhead sea turtle, which nests between April and September.

Fishing license is required throughout the park, including fishing piers.

6.8 mile, 12-foot-wide asphalt recreation trail connects the campground with the North and East Beach Swim Centers and the historic fort.

2,200 foot Barrier-Free Nature Trail is a self-guided interpretive trail providing access to nature for all visitors to Fort De Soto Park, regardless of their physical abilities.

Dog park - Please review dog park rules. Fort De Soto has the only dog park where dogs are allowed on the beach in a designated area. There are also 2 fenced-in areas near the beach for large and small dogs with water stations (beach entrance is at the far southwest corner of dog park).

The 12-inch mortar battery, located at the fort for which the park was named, was listed in the National Register of Historic Places in 1977. Adding to the historical interest at Fort De Soto, two British breech-loading, rapid-fire rifles of 1890 vintage were installed in March 1982. Markers showing the original building locations and a Quartermaster Storehouse Museum add to the park's historic interest.

To write a review, you must login first.